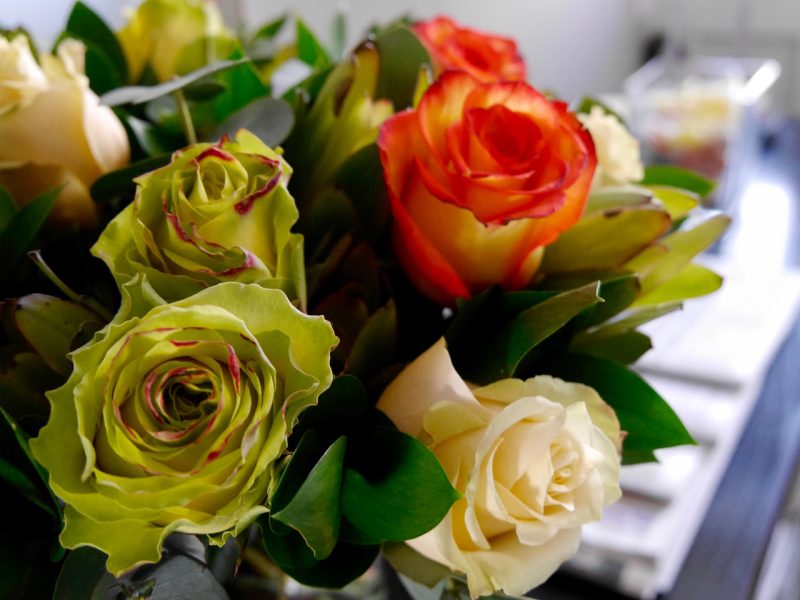 Hello all, me again!

This week has been more quiet as far are guests are concerned, relatively speaking it has been ‘all quite on the B&B front’!

We have a gentleman staying who is in London on business, but he leaves so early and arrives back so late that, the only sign he is still around is that the bacon sandwich I make for him is gone by the time I come downstairs to start my day!

Talking of bacon, Paul and I decided to cure our own! Yes, Paul found a method in a great little book called Curing & Salting By Steven Lamb.  We applied a dry curing method using salt, demerara sugar, and rosemary to a 1kg side of pork belly. The whole process has taken over 10 days to complete. Five days of curing the meat using the salt and sugar mix, and every day we’ve had to pour away the liquid, which gets less and less each time you re-apply the mix. We then had to wash it with vinegar, removing all the excess salt and sugar before leaving in the fridge for a further five days.

We cooked up a few rashers last night, which tasted great but maybe next time we might use a little less salt than suggested as it was rather salty… However Deborah came round for a meeting today and said it was delicious!

Sally is progressing well, she has been using crutches today for the first time which she said was exhausting. Many of the nurses also remarked that she was looking far better than she did last week, so fingers crossed it will be a smooth road to recovery from now onwards!

The doctors have said that they are most likely to allow her to come back home this Saturday, so Paul and I have been busy converting the TV room into a bedroom for her.  It will be nice to have her back in the house, which is far more comfortable and private than a hospital ward surrounded by six others. Although it was nice to see and hear that the Sally and the other five ladies in the ward have all found common ground with each other, and helping each other where they can.

We have all be taking it in turns to visit her each day and we managed to take her some homemade soup yesterday, as the hospital food is OK but somehow a school dinner style cuisine is not the kind of food that aids and abets recovery…

Till the next time!

PS the lovely roses in the image above were a gift that arrived this afternoon! Many thanks, Robert!!!

You wouldn’t have recognised London a few days ago, for more than a week we…