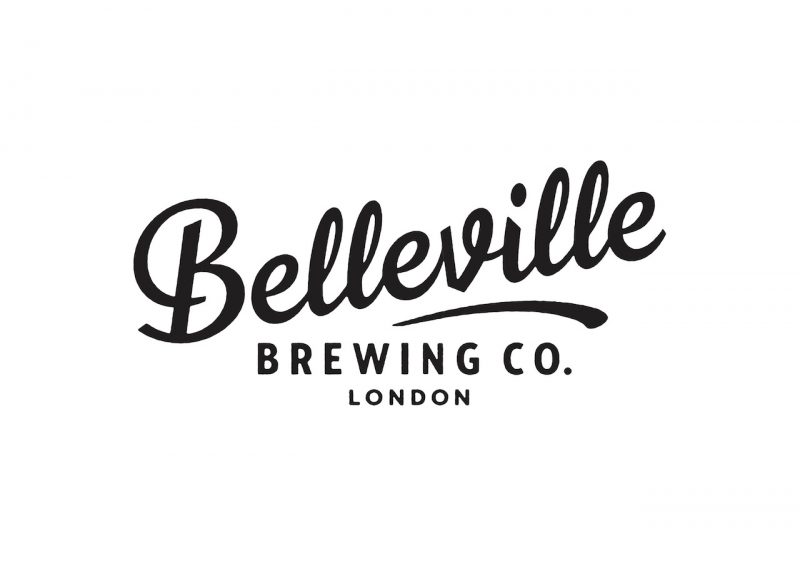 It was a beautiful, sunny Autumn morning in SW17, and a Friday to boot! The perfect kick off for the first in the series of our ‘We Love Local’ featured interviews. I was on my way to Belleville Brewing Co. to meet the founder – Adrian Thomas at the brewery.

Why did you start Belleville Brewing Co.?

One of the main reasons is that I’ve spent a lot of time in the States working and we had three family holidays there, and during those times I drank a lot of American beers and thought some of them were really special, so it was something I wanted to try to do myself. The second is that I had an idea to do a beer festival at Belleville Primary School (Wandsworth) as part of a PTA event as I was impressed at how much brewing had come along in the UK. I grew up in Sussex and at the time there were two breweries – King & Barnes and Harvey’s, both very old fashioned, and what amazed me were the wonderful small breweries that have sprouted up in the last ten years, people like Surrey Hills, Hammerpot, Pilgrim, Dark Star etc.   Along with the fact that I was writing music for film and the budgets were going down not up and I thought it would be nice to do something that made me some money.

I think there are several reasons why the American’s are doing more interesting things than everyone else, one is that they are a melting pot, and they take their lead from countries like Germany, Belgium and the British, and they have a very advanced hop breeding programme, which means that they’re managing to grow some of the more interesting hops, and for them there is no limit as to what you can put in beer or how you can make it.

You named the company after your children’s school and you have a pre-requisite that investors must be parents at the school. Clearly retaining community links is important to you. As the company grows and the craft market gathers pace, how do you see the company retaining those links?

We’re about to get a new brewery and a canning line and we’re not keeping within the Belleville dad’s group for that as I don’t think we can raise the kind of money that we need to raise purely through that avenue. We have very strong links with the community mainly because a lot of us have lived here a long time, I’ve lived in South West London for 30 years. We always support the schools and not just in our area, as far as Dulwich and Croydon and they all get preferential treatment when it comes to buying beer for their events.

There has been an explosion of neighbourhood breweries with the emphasis on artisan brewing, with London leading the way. What sets you apart from the others?

I don’t think anything does actually. There are some breweries out there like Wimbledon Brewery which has just opened, brewing essentially old-fashioned session bitters, which we don’t do. Along with ourselves, there are probably 5 or 6 breweries doing the same thing – brewing interesting, groundbreaking beer. To name a few: Weird Beard, Five Points, Beavertown, The Kernel.

The big supermarkets are really moving in on the craft beer market, and Oddbins recently reported that beer sales have increased by 31% since last year. Are you happy to be carried on that wave and would you supply to major retailers?

Yes absolutely. Our problem is that we don’t make enough beer, and that’s because our bottling process is a very simple but very time-consuming system, which is the reason for getting cans. It’s slightly different for us because we’ve got a French name and French investors, so we see our future in breaking new territories abroad, rather than competing with other brewers to stock M&S or Waitrose.

We started out with Oddbins but couldn’t keep up with demand so we stopped, but there’s no doubt that we could go back in there and possibly Spirited Wines and a few of the big nationals. I actually prefer to deal with the independents, the likes of We Brought Beer or Trina’s Wines, because I think you have a better relationship with them, they’re independent and they tend to be doing more fun things. But there comes a time when you have to stop being a cottage industry and start being a proper concern, and we’re at that point now.

Where does your inspiration for the beers come from?

Everywhere! I used to do a reasonable amount of cooking and the idea of seasonality inspires me and is why we have the elderflower beer in the spring, a blueberry wheat in the summer and a Chestnut Porter in the winter. I suppose a lot of the beers that we brew are beers that I’ve almost tried to copy from ones I’ve had in the States.

We’re just brewing a dark lager which very few people do, but what inspired me was a wonderful company called Dixie Brewing Co. that was based in New Orleans which, unfortunately, got totalled during hurricane Katrina. I was in a Cajun restaurant in New York drinking their ‘Dixie Blackened Voodoo’, they’d call it a dark American lager but in Europe it would be called a Schwartz Beer – and I remember thinking ‘what a great beer, I’dlove to do something like that’. Almost all of our beers, with the exception of the elderflower – because it’s not used much in the States, come from the idea that I’ve had something like it there and wanted to replicate it, even if just for my own amusement. We’re about to do a spiced pumpkin beer, the best one I’ve had was from a small brewery in upstate California called Buffalo Bills. I’ve had some shocking ones since!

The names are great! Is that down to you or is it a group effort?

It’s pretty much down to me. They all have reasons behind them. The name Northcote Blonde came from doing late sessions at Sphere Studios in Battersea, I’d regularly head home at 1 or 2 am on a Friday and Saturday via Northcote Road and would always see lots of blonde girls and just thought ‘Northcote Blonde’! Simple as that. Battersea Brownstone came about from trying to describe the type of house I lived in, to an American grandfather – I said I lived in a mid-terrace Victorian house, which meant nothing to him, and then his daughter said ‘Dad they live in a brownstone’ which he instantly understood.

It will pretty much always be either a burger or a proper American BBQ with any beer.

What was your first taste of alcohol?

At school in Sussex when we’d go away to play rugby, we’d try to dupe the master by going to get ‘sweets’ on the way home, but instead going to the local Unwins as it was called in those days, to buy Watney’s Pale Ale.

Which of the beers are you most proud of?

Probably Commonside Pale Ale – it’s the only beer that we brew all year round, and the nice thing about pale ales is that there’s nowhere to hide. There are only two types of malt and 3 hops in there, and you can pretty much taste everything in it.

Is there a typical Belleville Brewing Co. customer?

Yes. I think they’re mostly 40 something dads although we get a lot of 20-year-olds as well. Because of who we are, the marketing and branding and the beer itself attract people like ourselves.

What’s the most popular product in the line?

Probably Northcote Blonde. Your most popular beer will usually always be the lightest and lowest ABV beer.

What do you think is a great Autumn beer?

Of ours – Battersea Brownstone. From anywhere else it would be something like By The Horns ‘Lambeth Walk’ or I like Brixton Brewing’s ‘Effra Ale’

Can you give me any hints on what your next creation might be!?

The best pint I ever had was a Charles Quint ‘Keizer Karel’ in Café Golem in Amsterdam. What’s the best pint you’ve ever had and where were you?

That’s a tricky one…

It would probably have to be ‘Fat Tire’ from a company called New Belgium Brewing, in 2005 and I was in Barneys Beanery in LA. It’s a wonderful place – all hotdogs and burgers with a great beer list and it used to be a hangout of bands like The Doors back in the 70’s.

You used to play keys and guitar with Mike Oldfield in the 90’s, do you still play?

No. I haven’t touched a guitar since I started the brewery in 2013.

Playing guitar still has an appeal to me but working in the brewery has messed up my hands a bit. I spent over 20 years as a professional musician and I don’t really miss it. I miss playing live but only because I got to see some great cities. You can’t say it’s a job to stay in a nice hotel, get up in the morning, have a lovely breakfast, walk around a city, go to an art museum and turn up for work at 5 pm to do a sound check and play a gig.

It’s great but I think there are two problems with the industry these days, one is that there’s been a dumbing down of music over the last 20/30 years. The other is that thanks to the understanding of technology, producers won’t pay for big orchestras or pay someone to spend a lot of time on music anymore, so the budgets have consequently gone down. I worked on several films in the 90’s with George Fenton where there was no budget, you could spend what you wanted. People would say ‘we’ve spent 45 million, we may as well spend another couple of million on the music’. I enjoyed working on the Ken Loach films for very little because they’re great films as he has an amazing social conscience. I stopped wanting to work on bad films and between 2003 – 2013 I did so many bad films, it’s just not good for the soul.

Only to say that we’re going through a funding round at the moment so if anyone is interested they can get in touch with me. It’s a fun and fairly safe way of investing and I can’t think of a better way of investing money!

Is there a minimum?