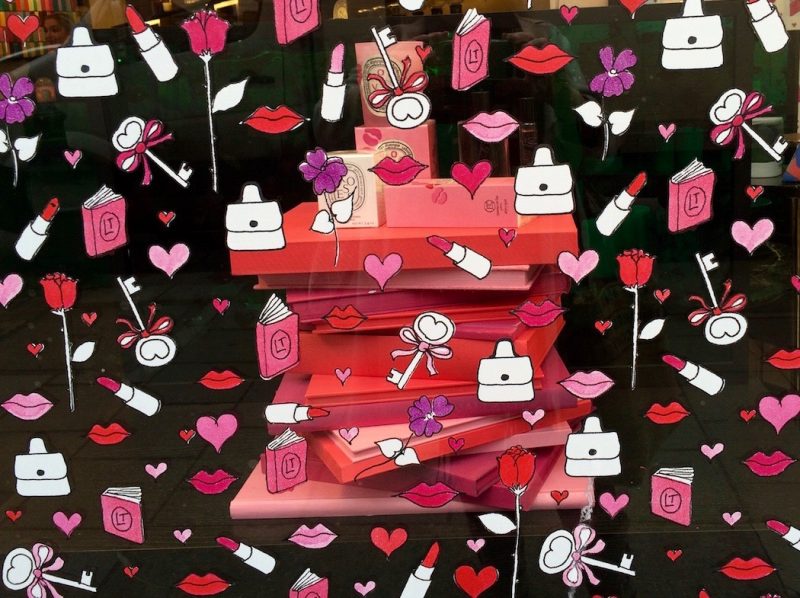 I went to Marylebone yesterday for an appointment with my eye surgeon, and I am very happy to report that my trabeculectomy has worked and I don’t need to go back for three months! My health initiative has been to try and walk 10,000 steps, at least, three times a week with or without my hounds, so I thought I would take some pictures of my journey by foot to Green Park underground.

With a fully charged iPhone at the ready, I headed down via Manchester Square where the Wallace Collection is located, weaving in and out of small roads and crossed into Portman Square where I worked for a TV company many moons ago. I decided to pop into my favourite branch of M&S and see what was ‘new in store’ – my local store is Colliers Wood.

I had a wander around but nothing grabbed me. I also did a recce in the food section – they had some interesting small tins of Turkish ginger ‘for the connoisseur’ as it was labelled, and a pistachio spread from Italy. I bought the spread in Partridges a couple of years ago and it is divine.  It’s approximately £5.00 for a small pot but is delicious in cakes, yogurt and even just spread on toasted sourdough!

Before leaving the store, I passed the tasting counter of M&S new food products.  A lady was already there trying out a sample dish when I pitched up.  She grumbled to me that she thought it was awful, being plucky, I tried it too – it was breaded coconut prawn.  It was okay but I was trying to say to the assistant, as it was a tasting counter, I assumed that they must want feedback…

‘I think it would be better if it was a coconut dressing and not in the batter…’ This drew a rather blank look from the two girls behind the counter, so I followed up with ‘I am only mentioning this as I used to be a chef…’

The reply was somewhat thrown at me, as one of the girls said in a very sarcastic voice ‘Good for you!’  I was only trying to give constructive feedback about a product that I thought was missing a trick…clearly wasted.

Why have a tasting section if you are not interested to see what your customers actually think??? Of all the times I have been to M&S I think this was the first occasion that I have been so rudely spoken to by a member of staff!

After that incident, I decided I would window shop from then on.  I crossed over Oxford Street and wandered down Davis Street, taking in South Molton Street, Bond Street, Albemarle Street, Burlington Arcade and Piccadilly and on my route I noticed all the lovely window decorations, sweets and food reminding us that Sunday is Valentine’s Day, here are a selection of some of the windows I passed.

These I found in Fortnum & Masons!

I really loved this display at Hermes Store, having been a fan of their scarves for the last 40 years!

These lovely cakes were on display at Patisserie Valerie, near Piccadilly.

I also chatted with the man at the Flower Stall on New Bond Street (Florabunda), a family business who have sold flowers on this spot for forty years.  It was forty years ago that I worked in this area for an advertising agency called Greys Advertising in Conduit Street, I would have bought flowers all those years ago from his dad, now that’s a trip down memory lane.

We had an international table at the weekend, Spain, Germany and Italy.  It took a…

This autumn feels like it has gone in the blink of an eye, after such…

It has been one of the busiest starts to a year in a long time.…