To my dogs who have welcomed my guests all year and brought a smile to their faces a big thank you.

Dogs have always been part of my life for over 50 years.  I remember as a 13-year-old bringing home an Alsatian that had been badly treated and pleading with my parents for us to keep it.

We did, she was called Simba and went on to become devoted to my father for many years.  I also rescued a dog, again on my way home from somewhere, by chance outside Battersea Dogs Home, she was only 6 months old and the owner could no longer cope.

I named her Lucy and she was with us for 15 years.  I now have two dogs, one aged 16 and one 5, a jack Russell and a jack Russell/Cavalier.

Having pets and welcoming guests can become a little noisy especially if you have dogs that like to bark when the door bell goes or someone comes in late at night.

I always try to distract them so that they don’t go bounding out to greet whoever is at the door or bark.  Shutting dogs in a room to let someone in does help but not if they start howling, which mine sometimes do.

I would say that the split is 50 / 50 whether guests do or don’t like pets, children and teenagers are their biggest fans.  I would also add that they are the most photographed by holidaymakers out of everyone in the house.

Having pets and guests I am always conscious of dog hairs and that my two do not visit the guest rooms unexpectedly. The biggest headache is when a guest feeds one of the dogs from the table, I then spend countless hours ushering them out of the eating area as they will sit motionless with pleading eyes for a tit-bit. 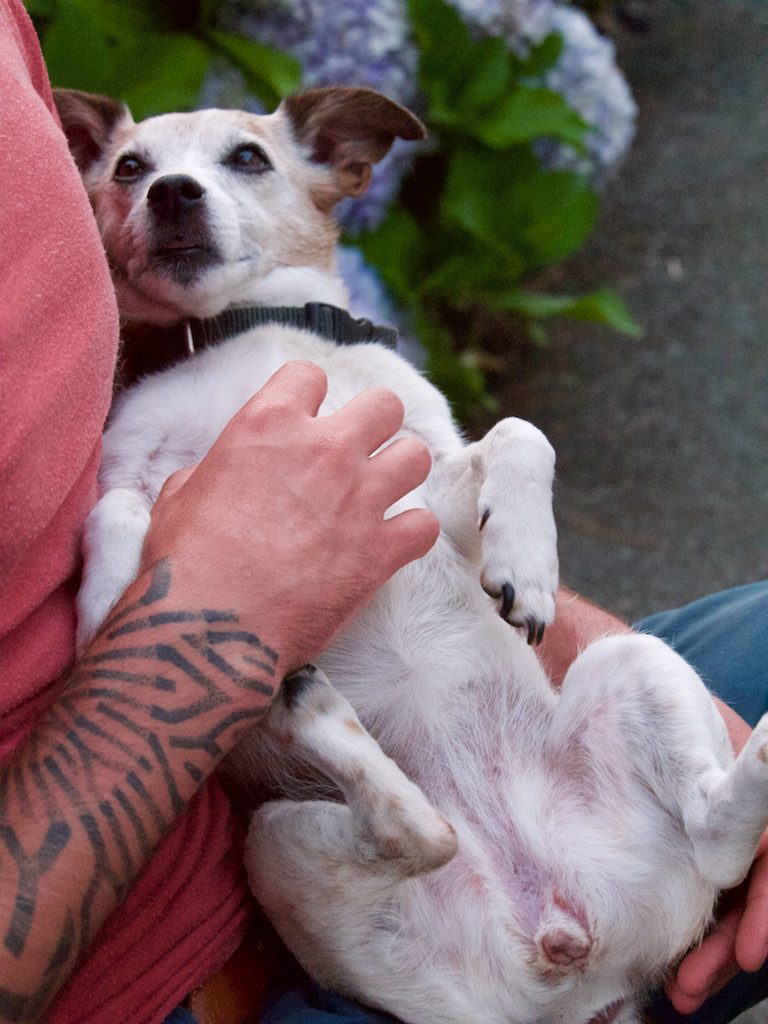 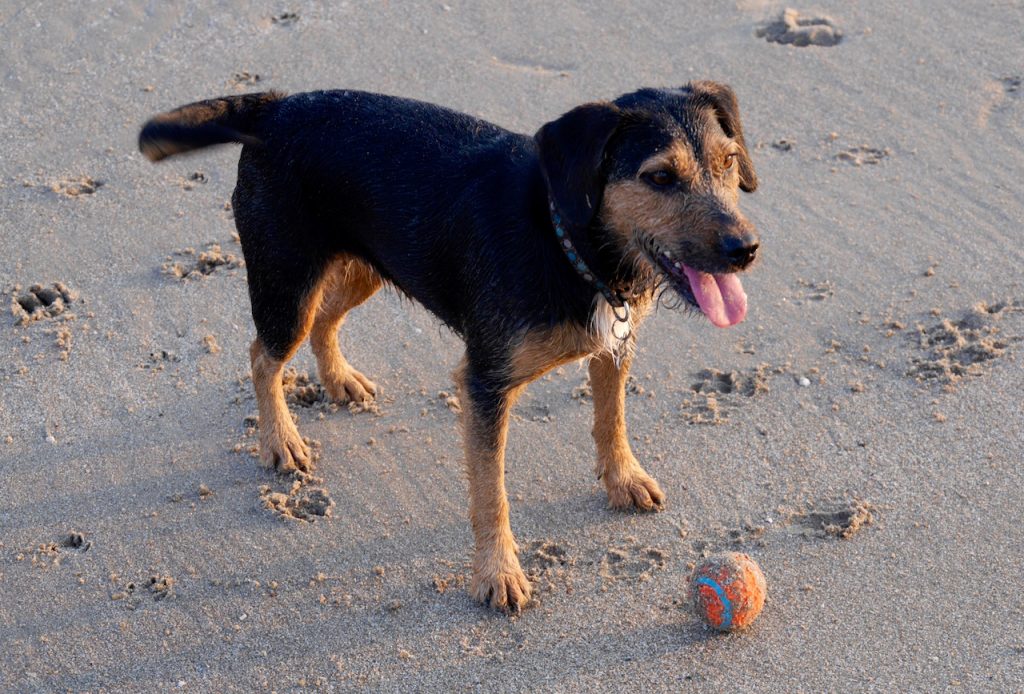 Also, my dogs are very crafty, they treat a new guest as their next best friend until they depart.

In the early days I think my dog at the time, was a better judge of character, she certainly developed an intuitive knack of separating the wheat from the chaff when I used to take students for several months at a time.

Many guests who formed attachments, look forward to when they return being greeted by a friendly wagging tail.  My elder one never forgets a returning guest and some she is very pleased to see as she will abandon us and will follow the guest for the entire time of their stay!

Occasionally my dogs get a little jealous if I haven’t spent time with them of an evening and play up.  One of Purdy’s favourite… is to grab the newspapers on Sunday morning before I do and if we are running late for a dog walk to steal my shoes. 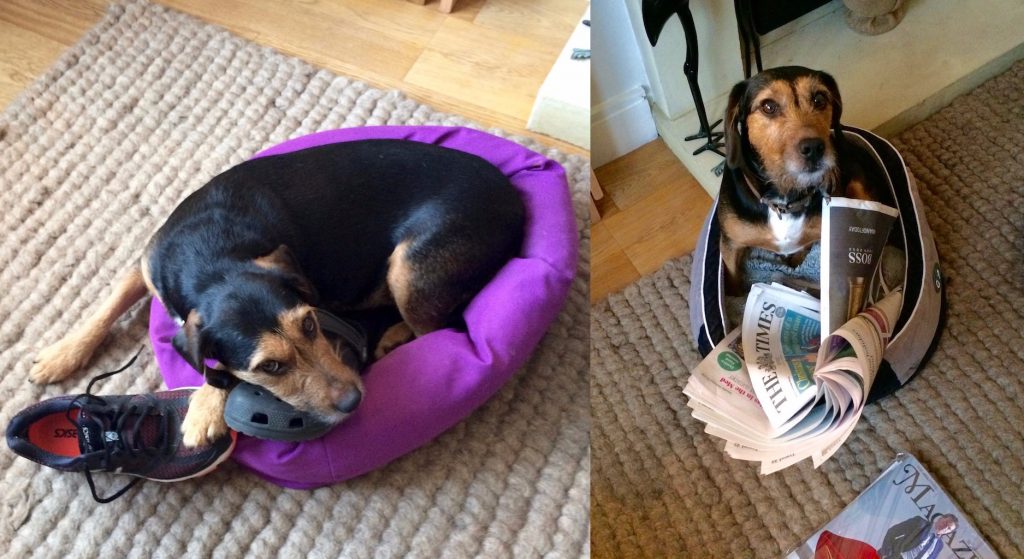 Honey is now a little old lady and sleeps a large proportion of the day but will always get out of her warm bed for one of her favourite guests!

Apart from a natural break of around a year I have always had a dog whilst welcoming guests into my home… and it was the only time I was burgled and my car keys were taken and they stole my beloved moving people vehicle which I eventually had returned after six weeks.

Anyway, I hope you shower your own pets with a bit of love and affection this Christmas, as I plan on doing myself this year.

The young man took me up on my offer from yesterday and helped me cook breakfast this morning. It…