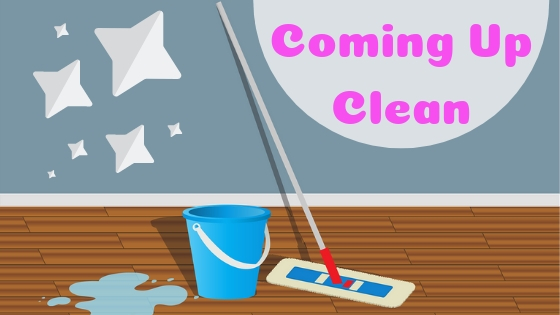 A guest left a stain on the bedding that I haven’t been able to get out since I found it at the beginning of the year. I’ve tried all the tricks up my sleeve but they weren’t working as well as I’d hoped.

I went online in search of an alternative and discovered that there was far more info online than when I last looked a year or so ago. I found a lady called Mrs. Hinch and her collection of Youtube videos, the 20 or so minute videos are full of useful ideas and new products. The real goldmine though was ‘The best hacks of 2018’ article I found which had sourced a collection of hacks from people around the world.

In the past I have found some ‘cleaning hacks’ to be more show than substance, some of the recommendations I have tried to apply in the past were either a real faff to make, ineffectual or took forever to take effect. So it was a great relief not to have to go and purchase more equipment or products, making use of the everyday I already had in the cupboard.

For instance, rinse aid is extremely effective at cleaning shower doors, which have those unavoidable watermarks which grow more stubborn by the week. Another hack I read about was dishwasher tablets are a great way to clean a dirty oven door… I haven’t tried this last one but it’s on the to-do list!

I did use Panadol (Paracetamol) to remove the black gunge on my iron. It worked an absolute treat and it didn’t take very long. There are very few things more frustrating than having spent all that time ironing a Queen size duvet and then with the last stroke of the iron, there are all these black skid marks.

The other great ‘hack’ was using fabric softener to clean the pinky/orange stains on the grouting in between the tiles. I looked in the cupboards to find a bottle of Lenor and using a toothbrush and a small cap of the liquid managed to clean the entire shower. It took a while but my gosh was it effective and it smelt lovely for over 24 hours afterward as well.

It also took me back to 1974 when I used to work for an Ad Agency, I was part of a team headed up by Johnny Wright, Nigel Stafford Clark and James Famminger. We were working on the launch of a new fabric conditioner, by P&G. I still remember the jingle to this day and it goes

‘There’s a freshness and a softness that you’ve never seen before, that’s what you get with new Lenor!’

Who would think that 45 years later I would be blogging about its cleaning qualities, which also extend to painted surfaces.

Back to the stain, I did finally manage to get it out. White Wizard came to my rescue. A product I swear by but have had difficulty in sourcing these past couple years as my UK supplier stopped stocking it. However I managed to find an American company who ship internationally so I have a stock of pots on the way.

A friend of mine swears by the product BioMex, which I have never used or even heard of, I ordered a tub on Amazon and am waiting to use it and will let you know how I get on.

And finally, one last little tip…… put a few a copper pennies in the water before putting in the tulips and it will stop them falling over, they will remain upright.

It has been full on these past weeks! Lots of guests, lots of conversations and…

Ring a ring of roses, a pocket full of…